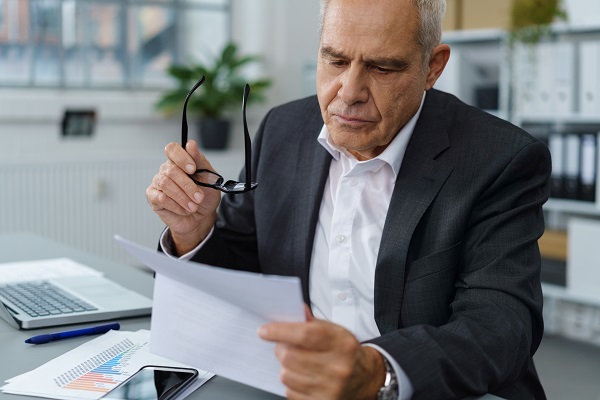 The U.S. Attorney’s Office has broad power to use the federal grand jury process for investigative purposes. As stated by the U.S. Supreme Court in United States v. Morton Salt Co. (1950), the grand jury “can investigate merely on suspicion that the law is being violated, or even just because it wants assurance that it is not.”

The empaneling of a federal grand jury is a significant step in the federal criminal prosecutorial process. It usually follows a lengthy and in-depth investigation by federal agents, and the outcome if the grand jurors find probable cause to conclude that a crime has been committed is a federal indictment. However, the result of a federal grand jury proceeding is far from certain, and in many cases an indictment can be avoided (or successfully challenged) with a proactive and strategic defense.

1. There are Different Types of Federal Grand Jury Subpoenas.

2. Federal Grand Jury Subpoenas are Presumed Valid, But Can Be Challenged.

3. Response Efforts Should Be Multi-Faceted and Begin Immediately.

Due to the amount of time and effort involved in responding to a federal grand jury subpoena, responses will often follow two (if not more) parallel tracks. It will often be possible to negotiate the scope of a federal grand jury subpoena with the U.S. Attorney’s Office; and, if this track is pursued, efforts to negotiate should begin immediately. By explaining the practical burdens imposed by the subpoena and gaining insight into the specific information prosecutors are seeking, the subpoena recipient’s federal defense counsel may be able to limit the recipient’s response obligation.

With regard to a subpoena duces tecum, it may also be possible to draw out the document production or produce records in stages until federal prosecutors are satisfied that they have the evidence they are looking for (or that such evidence does not exist). If these negotiations do not produce a satisfactory result, then the recipient’s defense counsel can file a motion to quash the subpoena in whole or in part.

While these efforts are pursued, the subpoena recipient must also begin the process of preparing a fully-compliant response. Awaiting the outcome of negotiations or a motion to quash may leave insufficient time to prepare testimony or assemble responsive documents for production.

4. The Attorney-Client Privilege Protection Applies, But Some Others Don’t.

5. You are Entitled to Legal Representation Everywhere Except the Grand Jury Room.

Additionally, while recipients of federal grand jury subpoenas are entitled to legal representation throughout the process of preparing their responses, they are not entitled to legal representation in front of the grand jury. At the courthouse, your attorney must wait outside while you testify. However, you are entitled to speak with your attorney during the proceedings outside of the grand jurors’ presence; and, when preparing your testimony, you should also establish a plan for how and when to request the advice of counsel. Specific limitations vary between federal jurisdictions, and your defense counsel will need to ensure strict adherence to the local rules of practice.

6. Producing Documents in Response to a Subpoena Duces Tecum Can Present a Substantial (and Perhaps Insurmountable) Burden.

For corporations and other business entities, fully complying with a federal grand jury subpoena duces tecum can present an insurmountable burden. In many cases, the U.S. Attorney’s Office will request multiple years’ worth of business records, financial records, and internal and external communications, and the Assistant U.S. Attorneys involved in preparing the subpoena may not have a firm grasp of the volume of records their requests entail. Oftentimes, submitting a fully-compliant response will not only be a practical impossibility for the recipient entity, but it may also serve to overburden the U.S. Attorney’s Office with more records than it can effectively handle.

With this in mind, when a subpoena duces tecum is unduly burdensome or unnecessarily broad in scope, negotiations with the U.S. Attorney’s Office will often be effective – if they are approached strategically. By explaining the scope of the burden imposed and what relevant documents are available to be produced efficiently, it may be possible to substantially limit the production obligation to the satisfaction of both parties.

7. Any Potentially Responsive Documents Need to Be Preserved.

Regardless of which records ultimately need to be produced, upon being served with a federal grand jury subpoena, it is necessary to institute a “legal hold” in order to preserve all records that are potentially relevant to the government’s investigation. This, too, is a task that should be undertaken with the oversight of federal defense counsel, as oversights and other mistakes can have drastic consequences for targets and witnesses in the government’s investigation.

8. You May Not Be the Only One Who Was Subpoenaed.

If you have been served with a federal grand jury subpoena, there is a good chance that you are not the only one. Federal grand jury investigations often target multiple individuals and organizations, and the U.S. Attorney’s Office routinely subpoenas targets as well as non-target witnesses in order to try to gather the evidence needed to secure multiple indictments.

This fact is important for a number of different reasons. For one, it means that any information you withhold (whether intentionally or inadvertently) may come into the government’s possession through other sources. As a result, attempting to conceal evidence or failing to take a comprehensive and systematic approach to producing documents can be dangerous. Equally, if not more, important, your attorney may be able to communicate with the other subpoena recipients’ defense counsel in order to gain additional insight into the government’s investigation.

9. The U.S. Attorney’s Office Must Disclose Exculpatory Evidence to the Grand Jury.

When presenting its case to the grand jury, the U.S. Attorney’s Office has an obligation to disclose exculpatory evidence that could reasonably be expected to influence the grand jurors’ decision regarding indictment. Not only is this a factor to consider when communicating with federal prosecutors prior to the grand jury proceedings, but it is also a factor that can support a motion to dismiss if the jury indicts based upon incomplete information.

10. An Indictment Requires Proof of Probable Cause.

In order to secure an indictment, the U.S. Attorney’s Office only needs to establish probable cause. The criminal trial standard of “proof beyond a reasonable doubt” does not apply at this stage. While this means that the hurdles for securing an indictment are lower, it also means that an indictment is far from a harbinger for a federal conviction at trial.

If you have been served with a federal grand jury subpoena, you do not have time to waste. To discuss your subpoena with a federal criminal defense lawyer at Oberheiden, P.C., call us at 214-469-9009 or get in touch online now.

Addiction Clinic Owners Need to Be Aware of the Risks of Tricare Non-Compliance What Does it Take for a Force Majeure Clause to Be Effective During the COVID-19 Outbreak?