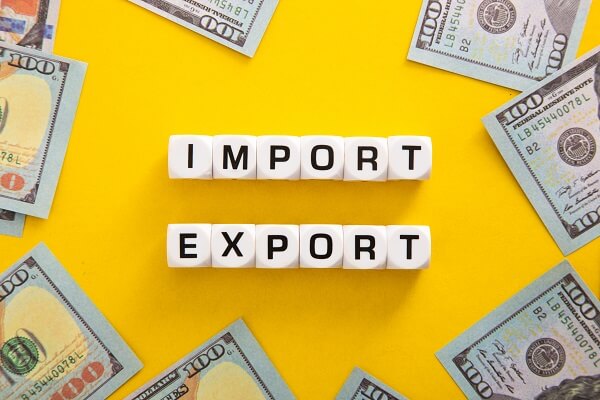 For international companies and businesses that import or export goods, one of the most important bureaus at the United States Department of Commerce is the Bureau of Industry and Security (BIS). This is the Bureau that enforces American exporting laws and regulations as well as the terms of international trade treaties. Violating the BIS’s regulations can lead to administrative and potentially even criminal sanctions, and can now also come with a serious blow to your company’s reputation.

When the BIS learns of a potential import or export violation, one of the first steps that it will take is to issue a BIS charging letter. Keeping the subsequent investigation from escalating, or stopping it even before the charging letter is served, is vital.

The federal defense attorneys at the national law firm of The Criminal Defense Firm have helped to protect numerous international companies from BIS investigations and enforcement actions, including businesses that have been accused of illegal drug importation.

How the BIS and Its Investigations Work

The BIS is one of the only parts of the Department of Commerce that focuses its attention on international trade. The goal of this enforcement is to promote American economic objectives abroad, enhance the country’s national security, and further its foreign policy through trade and economic means, whether by facilitating it or sanctioning it.

The BIS is itself composed of several offices. Among these is the Office of Export Enforcement, or OEE. This is the part of the BIS that actually investigates potential import or export violations, in addition to helping companies fix or improve their compliance practices. The regulations that the OEE enforces are the Export Administration Regulations (EARs). These Regulations aim to protect national interests and America’s technological advantage over other countries by investigating and prosecuting unlawful transactions with and within countries that:

Receiving a BIS charging letter is a huge escalation in the case. It means that the agency has enough of a grounds for bringing an enforcement action that it has become worth notifying you of the investigation so far.

Potential Penalties from a BIS Investigation

If a BIS investigation is allowed to escalate, the potential for legal liability increases in likelihood and severity. The precise penalties that are on the table will largely depend on three factors, though:

Administrative sanctions are the least severe. However, for international companies that import and export frequently with other countries, they can still make it incredibly difficult to do business abroad. If an administrative case by the BIS leads to a finding of wrongdoing, you are likely to lose whatever registrations you need to trade internationally. There will also likely be fines to pay and your company will probably be made to disgorge ill-gotten funds.

Criminal penalties are the most severe. In addition to all of the penalties that are on the table in an administrative case, the company executives found to be behind the wrongdoing could also face prison time.

These are just the legal repercussions that businesses can face. There is also the financial fallout and reputational harm that comes with a finding of wrongdoing. For companies that were caught doing business with international cartels or pariahs or in violation of economic sanctions, these can be the worst part of the BIS enforcement action.

An important development in import and export enforcement has concerned the publication of BIS charging letters.

Immediately following Russia’s invasion of Ukraine, the BIS published a series of amendments to the Export Administration Regulations related to the economic sanctions that had been imposed on Russia. The final rule, which was published in June, 2022, also altered the normal procedure for publicizing the BIS charging letters.

Typically, BIS charging letters were sent confidentially to the recipient company that was suspected of violating import and export law. The letters were kept under seal until after the investigation had run its course and there had been an administrative disposition of the case. In many cases, this could take multiple years from the start of the investigation. However, it ensured that targeted businesses did not suffer reputational harm from an investigation that ended up finding no evidence of wrongdoing.

This development is bad news for companies that trade in foreign countries. It can mean that the public learns of a pending BIS investigation at the same time that the company does, preventing the business from insulating itself from reputational harm from a mistaken or unknowing violation of import and export law.

To make matters even worse, increasing global conflict and tensions have made for more economic sanctions and a rapidly changing list of trading partners who are off-limits. Companies are expected to stay on top of these developments or face the repercussions of a BIS investigation and the potential penalties of a violation.

Given that the mere appearance of a violation of U.S. import and export laws can lead to the publication of the BIS charge letter for all to see, it is extremely important to forestall even the perception of a violation, as this can lead to significant negative publicity. Reviewing your company’s compliance mechanisms and the status of its trading partners regularly has never been more important.

Why are Charging Letters Now Being Made Public at the Beginning of the Investigation?

According to the BIS and the OEE, the decision to change the rules and release BIS charging letters to the public before the investigation had wrapped up was to deter other, similar violators, make the process more transparent, and encourage companies to strengthen their compliance measures.

Whether these interests are overwhelmed by the fact that it puts innocent companies at risk of the serious taint to their reputation that would come with the publication of a charging letter before all of the facts are known is up for debate.


My Company Received a BIS Charging Letter. What Should I Do?

Receiving a BIS charging letter is a serious event. It means that the BIS has been investigating your company’s international business practices for long enough that it feels that it can notify you of potential violations to import and export law. You need to get an experienced BIS defense team on your side as soon as possible.

Many company executives think that they can handle the charging letter on their own. Frequently, they expressly or tacitly admit to wrongdoing or divulge additional information that makes their predicament even worse.

Our opinion on the matter is far less important than what our current and former clients think of the legal representation that we can provide. No matter how much we tout the extensive experience of our lawyers and the talents that they bring to the table both inside the courtroom and outside of it, our past success stories and the testimonials of our prior clients speaks far more than anything that we can say about what we do.

The BIS Defense and Compliance Lawyers That International Companies Count On

BIS enforcement actions are serious, and the current global turmoil means that they can begin because of shifts in the political landscape in other countries that happen through little fault of your own. When this happens, it is essential to have an experienced legal defense team representing your company to mitigate the damage. It is also wise to get lawyers with a thorough understanding of BIS investigations on board to review your company’s compliance protocols and prevent the BIS from getting involved in your business at all.

The defense and compliance lawyers at The Criminal Defense Firm have extensive backgrounds both in defending companies against the BIS and in representing the government in these enforcement actions. That insider understanding of how the BIS proceeds has been invaluable for prior clients trying to insulate their companies from legal liability.

Media Communications – Legal and Ethical Considerations for Lawyers Who Is Justice Jeff Brown?