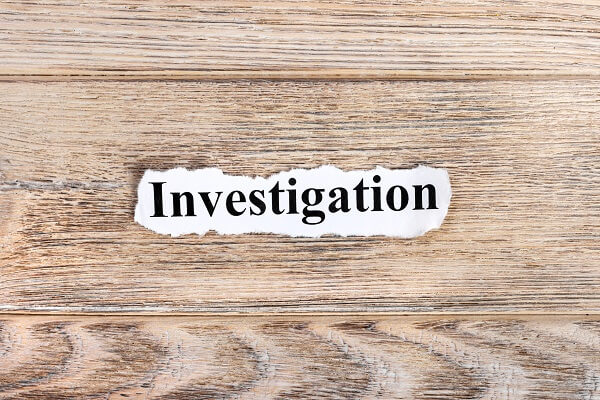 Doctors and Pharmacists Need to Understand the DEA, Its Role, and Its Power

The U.S. Drug Enforcement Administration, or DEA, is an agency with many roles, from international intelligence to inner-city crime prevention and even health care enforcement.

In fact, in recent years, the health care industry has become one of the DEA’s principal areas of interest.

It is strange to think that the agency responsible for swooping in on drug smugglers at the U.S. border is the same agency that licenses pharmacists and doctors to write prescriptions. But that is the sweeping nature of the DEA’s purview it is as much an administrative entity as it is a law enforcement agency or a special operations task force.

If you are a health care provider in the United States, and especially if you ever prescribe narcotic or opioid pain medications to patients for pain management or drug addiction, you need to know about the DEA.

The agency can exercise a number of powers against you making it impossible for you to prescribe or dispense medications, for example, or even making recommendations that your medical license be revoked. Just as ominously, a DEA investigation or raid can cause immense emotional distress and cast a terrible shadow of suspicion over your medical practice in the public eye, even if agents ultimately find no evidence of wrongdoing.

In this article, we are going to look narrowly at just one of the DEA’s powers against health care providers: the power to arrest.

There is rarely a day that goes by without the DEA arresting someone in the health care industry, whether alone or in concert with other state or federal agencies. Typically, these arrests pertain to either health care fraud or an alleged drug crime or both.

The DEA’s police powers, then, are a looming threat to health care providers (and not just those who are clearly breaking the law, because the DEA is notorious for investigating doctors who’ve made only minor errors or who have done nothing wrong at all).

Every doctor, pharmacist, and health care professional should know exactly what the DEA is, what their agents can do, and how to respond to them.

Whether you would consider a DEA agent a police officer might depend on your definition of the term “police officer.” The more pertinent question is whether they have the power to arrest you, And as we will see below, they do at least in the situations where health care providers are most likely to encounter them.

As a general rule, the FBI is the primary law enforcement agency for the U.S. government, and it is responsible for enforcing more than 200 federal laws. That includes the responsibility for making arrests.

The DEA, meanwhile, is a single-mission federal law enforcement agency created under the Nixon administration in 1973 with a specific mandate:

Both the FBI and the DEA operate under the jurisdiction of the United States Department of Justice (DOJ). So while the FBI has much broader arrest powers, the DEA shares concurrent enforcement powers with the FBI when it comes to violations of the Controlled Substances Act (CSA) and other drug matters. In other words, both the DEA and the FBI can arrest health care providers.

Technically speaking, as federal agencies, the FBI and DEA can only arrest people for breaking federal laws. But many states deputize federal special agents with specific drug enforcement powers or with general “peace officer” powers. While those authorities differ from state to state, as a practical matter, DEA agents have very little difficulty in procuring the assistance of state law enforcement whenever they desire.

Indeed, the Administration’s ability to revoke a physician or pharmacist’s DEA registration is one of the government’s more powerful tools of persuasion. Agents know that health care providers utterly depend on DEA registration to stay in business, so they’re able to use the provider’s status as leverage or an intimidation tactic during an investigation.

The important thing to understand is that the DEA rarely acts entirely alone, especially in health care fraud cases. Most of these takedowns are multi-agency efforts.

The DEA shares concurrent jurisdiction with not only the FBI but also the Department of Homeland Security (DHS), the U.S. Customs and Border Protection (CBP), the Immigration and Customs Enforcement (ICE), and other agencies of the DOJ.

It also works directly with the Office of the Inspector General at the Department of Health and Human Services (OIG HHS) and joins in collaborative federal efforts such as HEAT, the Medicare Fraud Strike Force, and the newly created Opioid Fraud and Abuse Detection Unit.

The Difference between a DEA Search Warrant and a DEA Arrest

While the DEA can make arrests in many situations, it is sometimes more interested in executing a search and seizure warrant.

If your clinic has recently been raided, you might be concerned that an arrest is soon to follow. Certainly, that is a possibility. But DEA arrests and search warrants don’t always go hand in hand.

The whole idea of a DEA search warrant is to gather evidence against a potential criminal suspect. So as terrifying as the raid may be, you should understand that formal criminal charges are not necessarily a foregone conclusion.

If the DEA has obtained a search warrant, you should assume it already has enough evidence against you to demonstrate probable cause for a search. But it might not yet have enough to support an arrest. The government might be raiding your office to help it decide whether your case is worth prosecuting.

That’s where a health care criminal defense attorney can be extremely helpful. The period of time just after a DEA search is critical. You can contact The Criminal Defense Firm and tell us your side of the story. We’ll listen carefully so we can make a compelling case for prosecutors to suppress the charges.

If the DEA has obtained a search warrant for your medical practice, don’t try to stand in their way. Not only are they authorized to conduct the search without your consent (assuming they do have a valid warrant), but they can also arrest you for refusing to cooperate.

Call Our Health Care Criminal Defense Lawyers Immediately, Even in a Crisis

The biggest mistake doctors make in dealing with the DEA: waiting too long to contact an attorney. Do it immediately. Your goal is to save your medical license and your DEA registration while also steering clear of criminal charges, avoiding fines, and staying out of prison. That’s our goal too. Contact an experienced health care criminal defense attorney at The Criminal Defense Firm right away: 866-603-4540.

This information has been prepared for informational purposes only and does not constitute legal advice. This information may constitute attorney advertising in some jurisdictions. Merely reading this information does not create an attorney-client relationship. Prior results do not guarantee similar outcomes in the future. The Criminal Defense Firm is a Texas firm with its headquarters in Dallas. Mr. Oberheiden limits his practice to federal law.

The DEA Search Warrant Process: Health Care Inspections from Beginning to End Can the DEA Perform a Search without a Warrant?