Can the DEA Investigate You for Prescribing Narcotics? 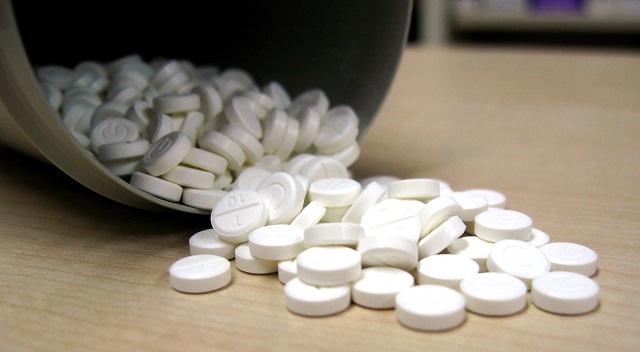 Prescription narcotics play a crucial role in modern medicine. Used to treat pain resulting from injuries, surgeries, cancers, and other medical conditions, narcotics are among the most-commonly-prescribed medications in America.

Unfortunately, due to dependence and addiction, many prescription narcotics are also widely abused. This has led federal agencies such as the Department of Justice (DOJ) and the Drug Enforcement Administration (DEA) to heavily target health care providers that prescribe and dispense narcotic medications. From physicians selling illegal prescriptions to pharmacists skimming pills, intentional prescription drug fraud takes many forms and can lead to severe penalties including time behind bars.

However, not all providers targeted by the DEA are involved in schemes designed to illegally distribute prescription narcotics and obtain funds from Medicare and other federal health care benefit programs. In fact, many if not most providers targeted in DEA prescription fraud investigations are legitimate physicians and pharmacists whose sole intention is to meet their patient’s medical needs. But, the government’s heavy reliance on data analytics means that providers whose Medicare billings deviate from those of their peers (often because they serve a high volume of patients or serve communities with unique needs) will frequently face unwarranted investigations.

So, can the DEA investigate you for prescribing narcotics? Yes, absolutely. Does an investigation mean that you have done something wrong? Not necessarily. But, in order to avoid unjust and unnecessary consequences, if you have been contacted by the DEA you need to take your situation seriously. This starts with seeking experienced legal representation.

With the DOJ’s recent announcement that it intends to crack down on opioid fraud and abuse, providers can expect to be under enhanced scrutiny for prescribing and dispensing various types of narcotic medications. Prescription drugs that fall into this category include:

These medications are most-commonly prescribed in pill form for self-administration outside of the medical setting, making it easy for mistakes and fraud to occur.

What is the DEA Looking For?

When the DEA investigates a medical practice, pharmacy, compound pharmacy, clinic, or other health care business for prescription drug fraud, what exactly is it looking for Some of the practices most-commonly targeted in DEA prescription narcotic investigations include:

Of course, these are just examples. There are far more egregious forms of fraud that can lead to organized, nationwide takedowns targeting hundreds of providers. Unfortunately, there are far less nefarious issues that can lead to DEA investigations as well. Regardless of what you think you may or may not have done wrong, when the DEA contacts you, you need to make sure you have a clear understanding of the circumstances at hand.

The penalties imposed under these laws vary depending on the specific charges the government chooses to pursue, the allegations involved in the case, and whether the case is civil or criminal in nature. However, in broad terms, the penalties for prescription drug fraud involving narcotic medications can include exorbitant fines, treble damages (three times the government’s actual losses), recoupment of fraudulent billings, federal benefits program exclusion, loss of licensure, and incarceration.

Resources for Physicians, Pharmacists, Clinics, and Others Facing DEA Investigations

If you are concerned about a possible DEA investigation into your medical practice, pharmacy, compound pharmacy, clinic, or other health care business, it is important to learn as much as you can about your situation as quickly as possible. Our attorneys have prepared these resources specifically to help practitioners and business owners who are being targeted by the DEA for prescription drug fraud:

About The Criminal Defense Firm

The Criminal Defense Firm is a health care fraud defense law firm with a national federal law presence that represents providers across the country in DEA and other federal agency investigations. The firm is led by partners who offer extensive experience representing physicians, pharmacists, executives, key personnel, and health care entities facing severe consequences due to federal inquiries.

The federal government has offices strategically located in health care fraud “hot-spots” around the country, and so do we. With our headquarters located in Dallas, TX, we also have office locations in Southern California, Detroit, Baton Rouge, and New York City. Our attorneys regularly travel to meet with clients and represent them in matters involving the DEA and other agencies, and we have experience fighting to protect our clients in federal courts around the county.

If you would like to speak with a health care fraud defense lawyer at The Criminal Defense Firm about your DEA investigation, please call (888) 452-2503 or request an appointment online today.