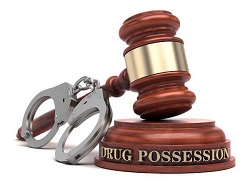 At The Criminal Defense Firm, our federal drug charge lawyers have experience representing clients facing federal charges for drug crimes throughout the United States. If you are facing federal drug charges, you need to take your situation extremely seriously. You are facing significant punishment if convicted punishment that can change the rest of your life and the prosecutor will be pushing for the harshest sentence possible. Our federal drug charge attorneys have helped numerous clients avoid prosecution and conviction following federal investigations. Let us use our experience to enforce your Constitutional rights and fight for your freedom.

If you are under investigation or have been arrested for drug possession, manufacturing, trafficking, or importation, you are facing the possibility of being fined millions of dollars and spending years maybe even decades behind bars. When it comes to sentencing, the U.S. Department of Justice (DOJ) treats certain drugs differently from others. Along with the type of drug, factors that can impact your sentence include:

“Trafficking” refers to the manufacture, sale, distribution, or transportation of larger amounts of illegal controlled substances. Cases involving smaller quantities are charged as possession or possession with intent to distribute, which is a lesser offense than trafficking. If the facts relevant to your case involve the crossing of state lines, you can face federal charges (as well as state charges) for criminal trafficking.

Along with trafficking, drug manufacturing is one of the most aggressively prosecuted drug crimes under federal law. If convicted of manufacturing illegal drugs, you are likely to be sentenced to several years, if not life, in federal prison. Note that the federal government’s definition of manufacturing is extremely broad, including selling equipment or chemicals to help someone else manufacture drugs.

Under the federal government’s definition of a conspiracy, it is possible to be convicted for conspiring with someone who you have never even met. Prosecutors use conspiracy charges to try to hold suspects responsible for the acts of others, and sometimes such suspects will agree to testify in exchange for a reduced sentence or lesser charges. If you have been charged with a criminal conspiracy relating to drug crimes, you need experienced legal representation.

With only certain, well-defined exceptions, it is illegal to import drugs into the United States. Illegal importation of controlled substances and prescription drugs can get you into serious trouble with numerous government agencies, including the Drug Enforcement Agency (DEA), the Federal Bureau of Investigation (FBI), the Food and Drug Administration (FDA), customs, and state police.

Put our highly experienced team on your side

While the Schedules under the Controlled Substances Act provide some indication of the severity of punishment for trafficking in various illegal drugs, there is not a direct correlation between Schedule number and severity of punishment. For example, the federal sentencing guidelines for trafficking in the following drugs are identical, even though they fall across three different Schedules:

If you are convicted of trafficking these drugs in these quantities, the minimum punishment for a first offense is five years in federal prison and up to $5 million in fines for an individual. If your business is facing charges, the fines max out at $25 million. In cases involving death or serious bodily injury, the minimum prison sentence jumps to 20 years.

For a second offense, the minimum prison terms are 10 years for non-violent crimes and life imprisonment for cases involving death or serious injury. The possible fines for individuals and businesses climb to $8 million and $50 million, respectively.

If you are arrested for trafficking these drugs in greater quantities than those listed above, your possible punishment increases substantially:

Trafficking in Other Drugs (other than Marijuana)

For other drugs, with some exceptions (including marijuana), the sentencing guidelines generally correlate with Schedule numbers. The following are the basic guidelines for a first offense, but recall the list of factors mentioned above that can affect your sentence.

Q: When Does the Federal Government Pursue Drug Charges?

When it comes to most drug offenses, both state and federal prosecutors have the ability to bring charges against a defendant. Most of the time, federal prosecutors stand on the sidelines, allowing their state counterparts to handle the case. However, in certain circumstances, the federal government will decide to prosecute a case. This can occur in a few scenarios.

Jurisdictional Issues: If the allegations involved crossing state lines, using the mail, or an arrest on federal government property (such as a national park or a military base), federal prosecutors are more likely to pick up a case.

State and Federal Cooperation: In many large-scale drug investigations, federal agents work with state and local law enforcement to develop a case. Once all the evidence is obtained, federal prosecutors often take over due to the complexity of these cases, as well as because the federal government has greater access to resources than state prosecutors.

The Seriousness of the Charges: Typically, state prosecutors handle most low-level drug offenses, reserving the most serious offenses for federal prosecutors. Thus, cases involving large amounts of drugs will frequently be brought in federal court.

Matters of National Importance: Federal prosecutors are also more inclined to pick up a case if it involves an issue of national importance. For example, those arrested for operating a pill mill or distributing a large amount of prescription painkillers may find the feds interested in their case.

If you face drug charges in federal court, it is imperative that you reach out to a knowledgeable federal drug crime lawyer. At The Criminal Defense Firm, we have extensive experience handling some of the largest drug cases in the country and know what to effectively defend against these allegations.


Q: Will All Evidence in the Government’s Possession Be Used Against Me?

When the federal government investigates a drug crime, it relies on all evidence in its possession. However, that does not necessarily mean that all evidence federal prosecutors have will be admissible at trial—there are several situations in which statements or physical evidence are determined to be inadmissible by the court. Most often, this is accomplished through litigating a motion to suppress. A motion to suppress is a pre-trial motion challenging the admission of evidence. Usually, a motion to suppress is based on allegations that law enforcement violated your constitutional rights while conducting their investigation.

Both state and federal law enforcement officers must respect your rights when investigating a crime. In most situations, this requires that law enforcement either have a warrant or probable cause to conduct a search of a person or their belongings. Similarly, law enforcement must advise anyone subject to custodial interrogation with their Miranda warnings prior to taking a statement from them.

If you believe that evidence in the federal prosecutor’s possession was illegally obtained in violation of your constitutional rights, contact an experienced federal drug crime defense lawyer at The Criminal Defense Firm


Q: Marijuana Is Legal in My State, Why Is the Federal Government Charging Me for a Federal Marijuana Crime?

While many states have either legalized or decriminalized marijuana to a certain degree, even possession of a small amount of marijuana remains illegal under federal law. Thus, although it is unlikely, federal prosecutors could charge you with possession of marijuana in federal court. The more likely scenario arises if you have been caught trafficking marijuana across state lines or were arrested with a large quantity of the drug. While federal marijuana prosecutions have dropped 67 percent since 2016, this is likely due less to federal prosecutors’ willingness to tolerate marijuana trafficking and more likely due to the fact that people no longer need to transport drugs across state lines.  Still, according to the most recent data, there were more than 1,100 people prosecuted for marijuana trafficking. A somewhat shocking 88 percent of those convicted of marijuana trafficking were sentenced to federal prison, with an average sentence length of 29 months.


Q: Do I Face a Mandatory Minimum Sentence for a Federal Drug Crime?

Every drug has a different threshold amount. For example, anyone convicted of possessing more than 100 grams of heroin with the intent to distribute the drug faces a five-year mandatory sentence. However, if the amount of heroin was 1 kilogram, the minimum penalty goes up to ten years in federal prison.

However, just because you’ve been arrested for a federal drug crime does not mean you are going to serve a mandatory sentence of jail time. There is a long way between arrest and conviction, and, with the help of an experienced federal drug crimes lawyer at The Criminal Defense Firm, you may be able to negotiate a more favorable result or beat the case outright.


Q: What Should I Look for in a Federal Drug Crime Defense Lawyer?

One of the most common misconceptions among those charged with federal drug crimes is that they assume federal prosecutors are similar in skill and approach to state prosecutors. This is not the case. Federal prosecutors have often spent decades working their way up the ranks of the state criminal justice system to get to where they are. Thus, most federal prosecutors are often highly skilled and have significant trial experience. That being the case, if you face drug charges in federal court, you deserve a drug crimes attorney of a similar calibre.

When looking for a federal drug crimes lawyer, insist on an attorney with extensive experience handling all stages of the process. While many cases resolve through a non-trial disposition, you shouldn’t assume that yours will. Thus, be sure to find a lawyer who has not only negotiated drug cases but has also tried them in front of a federal jury. At The Criminal Defense Firm, we’ve tried more than 500 federal jury trials and resolved over 1,000 cases without the need for a trial.

Note that the above guidelines focus exclusively on federal sentencing for trafficking in controlled substances. The penalties for other crimes such as conspiracy, possession, and illegal importation can vary widely. In addition, if you are facing federal drug crime charges, it is possible that you are facing state charges as well.

At The Criminal Defense Firm, our federal drug charge attorneys can help you understand your situation and execute a comprehensive strategy for minimizing the consequences of your arrest. To schedule a free consultation, call 866-603-4540 or contact us online today.