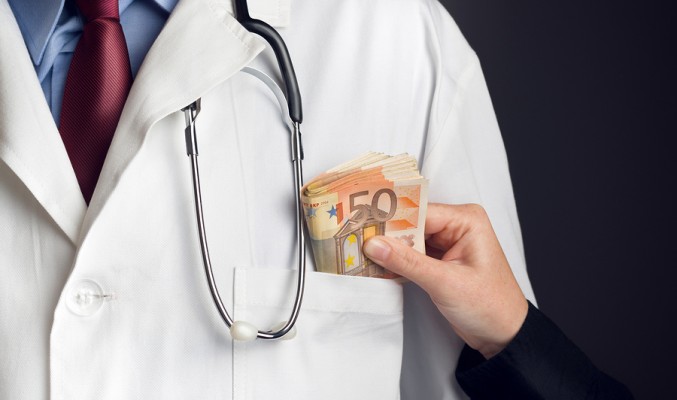 The federal government is getting more and more serious about health care fraud. Last summer, for example, in one specific incident, the FBI arrested more than 45 doctors and nurses in the largest Medicare fraud bust ever. In all, federal authorities arrested some 243 people in 17 cities, claiming they had improperly billed more than $700 million from the government inpatient care charges that were either never provided to patients at all or were completely unnecessary. In some of the cases, government officials also claimed that health care providers had paid kickbacks to fraud perpetrators who had secured Medicare patient’s personal information and then utilized the information to bilk Medicare out of millions of dollars.

Lavish Lifestyle Made One Pharmacist a Target

More recently, in December 2015, a 24-year-old individual who, along with others in his family, was a principal in a group of eight pharmacies in and around Miami, Florida, was sentenced to nine years in prison for fraudulently billing Medicare more than $21 million. The Floridian had drawn considerable attention because of his penchant for nice cars. When he was arrested, the young man owned a Rolls Royce Ghost, a Bentley, a Range Rover, and several other luxury cars, not to mention three FedEx trucks that he claimed he was using in a side business. His attorney had sought leniency, contending that his client had stolen no more than $5.15 million from Medicare. The court was apparently not impressed.

Other Prosecutors Have Cast a Wide Net

News stories such as these have whetted the appetite for other federal prosecutors to seek indictments and convictions. Indeed, the Department of Justice’s (DOJ) net is quite wide, pulling in not only those who are guilty of wrongdoing, but some others who have sought to abide by the sometimes contradictory and always complex rules and regulations within Medicare.

Some prosecutors say that much of the low-hanging fruit has now been harvested; the easy convictions are in the rear-view mirror. To gain new settlements and to prosecute new defendants, DOJ is moving against physicians, pharmacies, and others where the evidence isn’t nearly so strong as in the recent past. On occasion, where one healthcare provider has a relationship with another, say a nursing home that has turned in improper billings, the first provider can be declared guilty by association, in spite of the fact that they have done nothing wrong.

Have You Been Targeted? Get in Touch with Oberheiden, P.C.

Have you or your pharmacy been targeted by the DOJ or by a state agency in connection with compound drug prescriptions? If so, you need to be represented by attorneys who understand the federal investigative process and who have experience with the False Claims Act. At Oberheiden, P.C., we have extensive experience and provide aggressive representation for our clients. We encourage you to contact us for a free, confidential case evaluation. Our legal team draws on decades of broad experience and is prepared to do whatever it takes to help you win. To get started, call (800) 701 7249 or contact us online today.