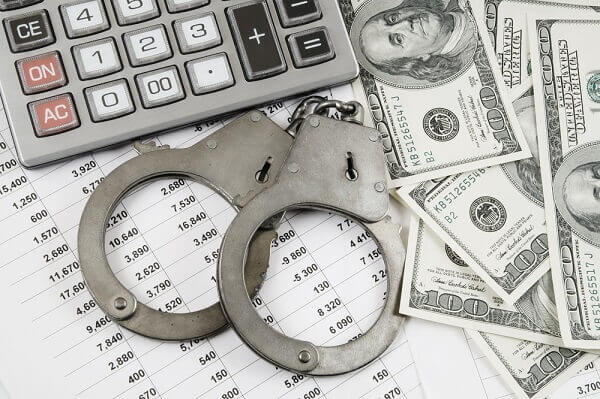 “Wire fraud” is one of those ambiguous terms that people hear a lot but might have only a vague sense of what it means.

After all, in the 21st century, we don’t tend to use the word “wire” as a verb that often anymore, and so it immediately connotes an old way of doing things. Today, if people “wire” anything, it’s either an electrician or someone sending money by way of Western Union.

So you might think “wire fraud” refers to fraudulent money transfers. It can, but the federal wire fraud statute (18 USC 1343) can also be used in many other kinds of cases, including health care criminal cases.

In fact, wire fraud is one of the most frequently invoked criminal charges in matters of health care fraud.

Today, we’re going to look at how a Medicare fraud case (or even an ordinary billing dispute with a commercial insurance company) can also become a wire fraud case — and why federal agents try very hard to make that happen.

It’s the latest in our ongoing blog series in which we profile the signature federal statutes used against doctors and other health care professionals in criminal cases.

If you work in the medical industry in the United States — even if you aren’t a care provider but rather a business owner or executive – you must understand what 18 USC 1343 means by “wire fraud” and how serious these cases can become.

It’s helpful to start with the full text of the statute itself, which is found in Chapter 63 of Title 18 of the United States Code. It is titled “Fraud by wire, radio, or television” and it reads as follows (emphasis added; links to statutory definitions provided):

Whoever, having devised or intending to devise any scheme or artifice to defraud, or for obtaining money or property by means of false or fraudulent pretenses, representations, or promises, transmits or causes to be transmitted by means of wire, radio, or television communication in interstate or foreign commerce, any writings, signs, signals, pictures, or sounds for the purpose of executing such scheme or artifice, shall be fined under this title or imprisoned not more than 20 years, or both.

If the violation occurs in relation to, or involving any benefit authorized, transported, transmitted, transferred, disbursed, or paid in connection with, a presidentially declared major disaster or emergency (as those terms are defined in section 102 of the Robert T. Stafford Disaster Relief and Emergency Assistance Act (42 U.S.C. 5122)), or affects a financial institution, such person shall be fined not more than $1,000,000 or imprisoned not more than 30 years, or both.

It is a complex statute that requires careful reading, as well as the application of many years of case law that has expanded its meaning. We break down some of the most notable parts of the statute below.

What Does Wire Fraud Mean?

Additionally, wire fraud has been expanded to apply to most other kinds of electronic communications and transfers, including:

Wire fraud comes up in the majority of health care fraud cases because, in the modern world, most medical bills and claims for covered services are submitted electronically. This includes Medicaid and Medicare invoices, insurance claims, and more. Wire fraud can be charged against patients and providers alike. (If bills are sent by USPS or another mail service, the federal mail fraud law found in 18 USC 1341 applies instead; the two provisions are similar.)

To convict a health care professional on a count of wire fraud, the government must prove all the following beyond a reasonable doubt:

Note that the government must be able to prove that the defendant acted intentionally.

Wire fraud is still one of the easier health care fraud statutes for prosecutors to win on, and for that reason, it is one of the most common charges.

For prosecutors, 18 USC 1343 brings the added benefit of freezing the defendant’s assets (the authority for which is found elsewhere in Chapter 63). Often, the government tacks on a charge of mail or wire fraud simply for the added leverage of frozen assets.

There are a number of defenses available to medical professionals facing counts of wire fraud. Your lawyer can challenge the intent element, for example, arguing that you acted in good faith or made only a minor and accidental error (as is often the case).

There is a statute of limitations that applies too (generally five years), though the government may try to argue for a longer time period, depending on the facts of your case.

It is possible for an experienced attorney to negotiate with law enforcement to avoid charges in the first place or to get them dropped altogether. In fact, our law firm has had a significant success rate in accomplishing that goal. You should get an experienced federal wire fraud law defense lawyer on your side as soon as possible.

Don’t face a medical wire fraud investigation on your own. Contact Oberheiden, P.C. for a free consultation right away. Call (888) 727-0472.

Oberheiden, P.C.
Compliance – Litigation – Defense
This information has been prepared for informational purposes only and does not constitute legal advice. This information may constitute attorney advertising in some jurisdictions. Merely reading this information does not create an attorney-client relationship. Prior results do not guarantee a similar outcome for any matter in the future, every case is different. Oberheiden, P.C. is a Texas firm with its headquarters in Dallas. Mr. Oberheiden limits his practice to federal law.
Primary Office in Dallas, TX. Dallas Wire Fraud Defense Law Firm.
Can the DEA Perform a Search without a Warrant? 18 USC 1341: The U.S. Mail Fraud Statute in Health Care Fraud Cases