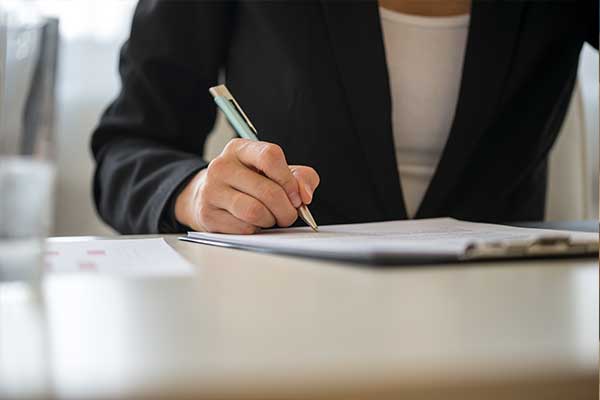 AmeriCare is the largest ambulance services company in Tampa, Florida. And Tampa just happens to be one of the nine metros in the United States with the greatest numbers of Medicare and Medicaid recipients and is therefore home to one of the nine Federal Medicare Fraud Strike Force offices.

It comes as no surprise at all, then, that claims submitted to CMS from a company like AmeriCare would come under federal scrutiny for potential violations of the False Claims Act.

Sure enough, they have. The Department of Justice recently announced, through U.S. Attorney Maria Chapa Lopez on behalf of the Middle District of Florida, that AmeriCare has agreed to pay the federal government approximately $5.5 million to resolve allegations that the company fraudulently billed Medicare for medically unnecessary ambulance transportation services.

Ambulance companies have been a popular aim for federal agents in recent years, with representatives for the DOJ frequently pointing to the ambulance industry as a source of rampant fraud, waste, and abuse.

Targets of the investigations have included the owners and executives not only of the ambulance providers, but also the various medical entities (nursing homes, hospitals, hospices, etc.) doing business with them. Even individual EMS professionals or other employees have come under scrutiny.

For this reason, any owner or anyone working for or with an ambulance company in the United States should be on alert. Federal agents are on the hunt for any sign of a legal violation by ambulance providers. Even small or unintentional errors have the potential to prompt a full-scale investigation.

Below, we look at the latest on the Tampa ambulance company takedown, what it means for emergency medical transport providers across the country, and how an ambulance fraud defense lawyer can help.

How the Feds Gathered Evidence of Ambulance Fraud against AmeriCare

According to an announcement by the DOJ, AmeriCare was operating as two separate sister companies: AmeriCare Ambulance Service, Inc., and AmeriCare ALS, Inc., both in the Tampa Bay area.

Together, the government claims the AmeriCare companies were providing Basic Life Support (BLS) and ambulance transport in non-emergency situations. AmeriCare then allegedly billed Medicare and TRICARE for those services, falsely attesting to their emergent medical necessity.

The DOJ also accused AmeriCare of creating thousands of false documents and reports in an attempt to corroborate their fraudulent claims.

America’s legal troubles began when one of its former employees, Mr. Ernest Sharp, filed a qui tam lawsuit as an ambulance fraud whistleblower. This filing was pursuant to provisions of the False Claims Act, which allows private individuals to sue health care providers for Medicare fraud and then keep a share of the government’s recovery.

The False Claims Act also allows the government to essentially “take over” the lawsuit, and that is exactly what happened in Mr. Sharp’s qui tam claim against AmeriCare.

Once the government was involved, it presented the results of its relentless investigation in an attempt to settle the claim. The evidence against AmeriCare included:

Ultimately, AmeriCare agreed to settle the government’s claims for roughly $5.5 million. Because the case ended in a settlement, the arguments against the ambulance company remain allegations only AmeriCare was never found liable for restitution to CMS or guilty of fraud in any trial.

Notably, Mr. Sharp will retain roughly $1.5 million of the government’s recovery for his efforts in filing the initial qui tam action.

The DOJ’s settlement with AmeriCare is reflective of patterns that we find in many of the government’s ambulance fraud cases patterns that anyone working in emergency medical health care should be aware of. These patterns include:

Observation: The investigation began with a lawsuit from a private citizen with a financial incentive to the tune of $1.5 million.

Takeaway: Routine claims audits by RACs, MAC, ZIPCs, and other Medicare contractors often produce discrepancies that the government will use as evidence of fraud.

Observation: The AmeriCare managers own testimony was used against them.

Takeaway: Federal investigators are skilled at securing self-incriminating testimony during interviews and/or raids. Medical executives should contact an ambulance fraud defense lawyer before talking to any government agent.

Observation: The case ended in a settlement.

Takeaway: Even if the government doesn’t or can’t prove its claims in court, the DOJ has such extensive resources that many providers choose to simply accept their crippling settlement terms (though that is often a mistake).

Observation: In announcing the settlement, the U.S. Attorney’s office said, Fraudulently billing the government for medically unnecessary ambulance transports will not be tolerated. This lawsuit and today’s settlement evidence our office’s ongoing efforts to safeguard federal health care program beneficiaries from the effects of this type of unlawful conduct.

Takeaway: Ambulance fraud is emerging as one of the chief law enforcement concerns for federal fraud investigators. This is not only at the DOJ generally but also specifically in the Medicare Fraud Strike Force offices. Those offices combine the resources of multiple federal agencies including the CMS, DEA, FBI, state departments, and more.

There are numerous other cases just like this one including many from just the last few years alone. And while they are especially common in the nine Strike Force cities, they can and do transpire throughout the entire United States.

As ambulance fraud defense attorneys, we are alarmed by the government’s fixation on “medical necessity” a standard that is difficult to determine in emergency scenarios but easy to second-guess after the fact.

Our office is prepared to vigorously defend ambulance care providers against any allegations of fraud, illegal kickbacks, false claims, or other accusations.

If you or your company is under investigation for false claims or any other type of health care fraud, please take urgent action to protect your legal interests. Contact an experienced ambulance fraud defense attorney at Oberheiden P.C. for a free consultation today at (888) 727-0472.

This information has been prepared for informational purposes only and does not constitute legal advice. This information may constitute attorney advertising in some jurisdictions. Reading of this information does not create an attorney-client relationship. Prior results cannot guarantee a similar future outcome in your case. Oberheiden, P.C. is a Texas professional corporation with headquarters in Dallas. Mr. Oberheiden limits his practice to federal law.

What Happens in a Health Care Crackdown? Are They Really Happening More Often? What Are Pain Mills? Why 'Pain Clinic Pill Mills' Are Attracting Federal Attention