How to Get Bond in Federal Court 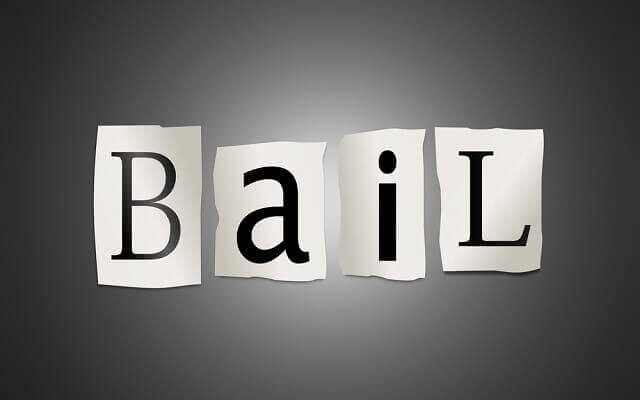 One of the most important questions in the early stages of any federal criminal case is the question of the bond. At the initial appearance, a U.S. magistrate judge will decide whether the accused will be released pending further judicial proceedings (subject to certain conditions), or whether he or she will remain in the custody of the U.S. Marshals Service until trial.

Timeline of Events in a Federal Criminal Case

Each federal case starts with an investigation. If the investigation uncovers possible illegal activity, law enforcement officers (such as agents from the FBI or DEA) may obtain an arrest warrant signed by a federal judge. Once the suspect is arrested, he or she will be held in custody until being presented to a Pretrial Services Officer. The Pretrial Services Officer will gather initial information about the suspect, such as his or her personal and financial background.

Next, federal law requires a decision by a judge, typically a U.S. magistrate judge, as to whether the suspect (now referred to as the “defendant”) needs to stay in custody or can be released pending further proceedings. During this initial appearance, the judge will also issue a decision on whether the defendant can receive an appointed attorney.

Federal and state criminal cases differ in a number of important ways. One of these is the issue of bonds. In contrast to state court, bail bondsmen are rare in federal court. Instead of setting a monetary incentive for the defendant to return for future court hearings, federal courts impose certain pretrial conditions. These conditions typically involve orders not to violate any state or federal law, to pass drug tests, and to report to a probation officer.

U.S. magistrate judges consider a number of factors in determining whether to grant a bond in a federal criminal case. These include:

The Nature of the Offense

First and foremost, the magistrate judge will consider the charges involved. Offenses against children, offenses that involve violence, offenses that involve the possession or use of a weapon, crimes with a maximum term of imprisonment of ten years or more, and serious violations of the Controlled Substances Act or the Controlled Substances Import or Export Act are more likely to result in pre-trial detention. By contrast, defendants facing charges for misdemeanors and non-violent crimes (such as fraud and non-violent drug charges) can often obtain release pending trial.

The Defendant’s Criminal Past

The magistrate judge will have a detailed list of the defendant’s criminal background, including all state and federal charges, convictions, and guilty pleas. The longer the list, the slimmer the chance that the defendant will be released pending trial.

The Likelihood of Future Offenses Pending the Continuation of the Case.

The magistrate judge will also examine the level of risk that the defendant presents for either fleeing the country or obstructing justice by threatening, injuring, intimidating, manipulating or tampering with witnesses, jurors, or evidence.

Client had financial resources and ties to foreign country; we negated the flight risk argument

Client lacked employment, lacked firm residency, and judge ruled on detention before we could convince the court to change the order by emphasizing every positive factor in favor of our client

Speak with One of Our Federal Criminal Defense Lawyers for Free

The attorneys of The Criminal Defense Firm have extensive experience both prosecuting and defending federal criminal charges. Our experience as former federal prosecutors with the Department of Justice allows us to anticipate the government’s arguments and analyze cases through the eyes of the prosecutor, while putting together an efficient and effective defense strategy. Our team of experienced defense attorneys and former federal prosecutors includes:

This information has been prepared for informational purposes only and does not constitute legal advice. This information may constitute attorney advertising in some jurisdictions. Reading of this information does not create an attorney-client relationship. Prior results do not guarantee similar future outcomes. The Criminal Defense Firm is a Texas PC with headquarters in Dallas. Mr. Oberheiden limits his practice to federal law.