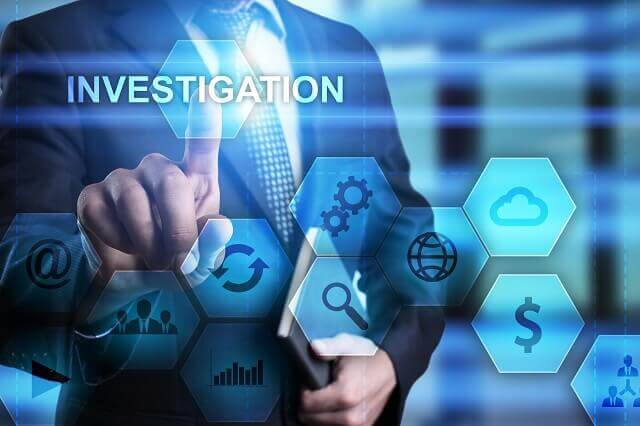 As a health care provider, facing a federal fraud investigation can be a trying experience. Here are explanations of some of the key terms you are likely to encounter during the government’s inquiry.

Similar to medicine, the field of health care law is filled with complexly-defined terms and more acronyms than most people would care to remember. As a result, when facing a federal health care fraud investigation, one of the first steps toward defending yourself and making smart decisions is to familiarize yourself with the terminology involved. Here, we have done our best to simply define some of the most common, and most important, terms you are likely to hear during the government’s investigation:

Federal health care fraud cases begin with an investigation. If the federal agents conducting the investigation find evidence of fraud, then prosecutors at Department of Justice (DOJ) or Office of Inspector General (OIG) will file charges against the target of the investigation (who will now be referred to as a defendant).

Charges can be either civil or criminal. While there are numerous differences between civil and criminal health care fraud prosecutions, two of the most-notable distinctions are: (i) the burden of proof (“preponderance of the evidence” in civil cases versus “beyond a reasonable doubt” in criminal cases), and (ii) the risk for long-term federal imprisonment when criminal charges are filed.

In the context of a federal health care fraud case, civil assessments are a form of fine that is calculated based upon the amount that was improperly billed to Medicare, Medicaid, or Tricare. In most cases, prosecutors can seek civil assessments equal to three times the government’s actual losses.

Civil monetary penalties (CMP) are another form of financial punishment for overbilling or improperly billing a federal health care benefit program. CMP vary depending upon the specific statute(s) at issue. For example, CMP under the False Claims currently range between roughly $11,000 and $22,000. Under the Stark Law, physicians and related entities can face CMP of $15,000 for each service. Under the Anti-Kickback Statute, providers can face CMP of $50,000 per violation.

A conspiracy is a form of federal criminal offense which can be prosecuted even in circumstances in which providers have not actually engaged in fraudulent practices. When charged with conspiracy under 18 U.S.C. Section 1349, health care providers can face the same penalties they would have faced had they committed the fraudulent offense that was the subject of the conspiracy. In order to file charges for conspiracy, federal prosecutors must be able to prove:

Diversion is a term commonly heard in prescription drug fraud investigations. Diversion, or “drug diversion,” simply refers to providing prescription medications to individuals other than those to whom the medications have been prescribed. This could involve prescribing a patient drugs that are not medically-necessary, forging a prescription, or improperly filling a prescription at a pharmacy.

In the world of federally-reimbursed health care, fraud is a broad term that encompasses: (i) submitting “false or fraudulent” claims for program reimbursement, or (ii) engaging in other practices that facilitate either the submission of improper claims or the use of improperly-obtained funds. In federal investigations targeting health care providers, it is not unusual for prosecutors to pursue charges for multiple forms of fraud, including:

A kickback is any improper payment or other form of “remuneration” provided as compensation for the referral of federally reimbursed health care services. While referral fees are commonplace in most industries, in the federally-reimbursed health care industry, they have the potential to trigger civil or criminal charges. The Anti-Kickback Statute imposes severe penalties for offering, soliciting, paying, and receiving kickbacks. However, there are also a number of safe harbors that apply.

In addition to financial penalties and federal imprisonment (in criminal cases), another potential penalty in federal health care fraud cases is program exclusion. If you are found to have improperly billed Medicare, Medicaid, or Tricare, you could lose your eligibility to bill these programs for patient services, medical equipment, and supplies.

An investigation is the first stage of the government’s direct involvement in prosecuting health care providers for Medicare, Medicaid, and Tricare fraud. While an investigation will often be the first stage altogether, in some cases, it will follow an audit conducted by an independent entity (referred to as a “fee-for-service contractor”) working with the Centers for Medicare and Medicaid Services (CMS).

During an investigation, agents from the DOJ, OIG, CMS, and other agencies such as the Drug Enforcement Administration (DEA), Federal Bureau of Investigation (FBI), and Internal Revenue Service (IRS) will use a variety of formal and informal methods to collect the information federal prosecutors need in order to determine whether charges are warranted. These include requests for “interviews,” search warrants, subpoenas, and civil investigative demands (CID). At the conclusion of the investigation, one of three things will happen:

In criminal health care fraud cases, the procedure for initiating formal charges involves obtaining an indictment from a grand jury. When a grand jury issues an indictment, this means that the grand jurors have determined that there is probable cause for criminal charges to be filed.

The Criminal Defense Firm, is a federal health care fraud defense law firm with a nationwide presence. Our federal defense team, led by founding attorney, Dr. Nick Oberheiden, has successfully represented thousands of health care clients in civil and criminal investigations. For more information, we encourage you to call 214-251-4238 or contact us online for a free and confidential case assessment.

Can a Qui Tam Lawsuit Lead to Federal Criminal Charges? What Health Care Providers Need to Know about the Anti-Kickback Statute Safe Harbors