How the Opioid Epidemic is Increasing DEA Investigations 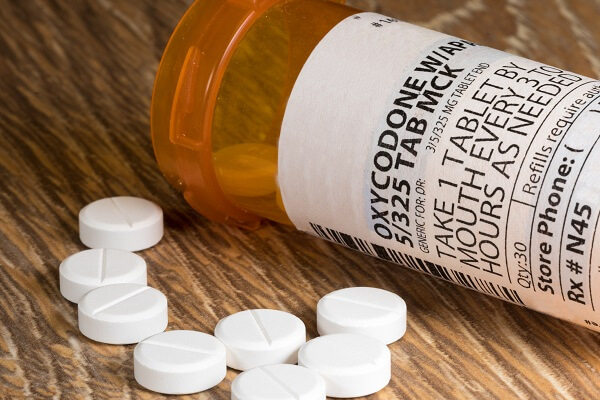 The nation’s opioid epidemic has taken center stage in recent months, with President Trump most-recently declaring the opioid crisis a national emergency. While much of the government’s focus will be on treatment and prevention of opioid abuse involving heroin and other illegal drugs, the Department of Justice (DOJ) has also signaled that it with the help of federal law enforcement agencies such as the Drug Enforcement Administration (DEA) will be increasing its efforts to identify and prosecute health care providers suspected of fraud involving prescription opioid medications.

“Attorney General Jeff Sessions today announced the formation of the Opioid Fraud and Abuse Detection Unit, a new Department of Justice pilot program to utilize data to help combat the devastating opioid crisis that is ravaging families and communities across America. . . .

Additionally, as part of the program, the [DOJ] will fund twelve experienced Assistant United States Attorneys for a three-year term to focus solely on investigating and prosecuting health care fraud related to prescription opioids, including pill mill schemes and pharmacies that unlawfully divert or dispense prescription opioids for illegitimate purposes.”

Recently-appointed U.S. Attorney Jeff Sessions announced the formation of the Opioid Fraud and Abuse Detection Unit in a public address in Columbus, Ohio. His prepared remarks make clear that the DOJ and DEA will be focusing on both opioid abuse and opioid prescription fraud. As excerpted from his prepared remarks:

Clearly, while the government’s stated goal is to end opioid abuse by patients and non-patients, it has identified prescription drug fraud as a major part of the problem. As a result, practices and businesses in all sectors of the health care industry that deal with prescription opioids can expect to receive increased scrutiny from the DEA and DOJ.

In his prepared remarks, Attorney General Sessions describes the Opioid Fraud and Abuse Detection Unit as a “data analytics team.” Like other federal law enforcement efforts targeting various forms of health care fraud (such as the Medicare Fraud Strike Force, which is a combined effort of the DEA, DOJ, and other agencies), the Opioid Fraud and Abuse Detection Unit will rely heavily on prescription and billing data to identify potential targets for investigations. But, while this approach has proven to be effective, it has also proven to have certain limitations. For example, looking at the data alone, it can be often difficult to distinguish between a prescription drug fraud scheme and a legitimate medical practice that serves a unique population of patients. As a result, with the government’s data-driven approach, many innocent providers end up being forced to vigorously defend themselves against unwarranted investigations.

This is likely to continue, as the factors on which the Opioid Fraud and Abuse Detection Unit intends to focus its data analytics are not necessarily indicative of prescription drug fraud. These factors include:

While all of these factors certainly could indicate prescription drug fraud such as selling prescriptions, forging prescriptions, or diverting pills, they could also simply indicate that a physician’s practice or pharmacy is located in a high-risk area or serves a particularly high-risk population. Although the government’s focus on data is almost certain to identify organizations engaging in opioid prescription fraud, it is almost certain to target those legitimate providers who are doing the most to combat the nation’s opioid epidemic as well.

Mirroring the approach of the Medicare Fraud Strike Force, the Opioid Fraud and Abuse Detection Unit will be establishing a presence in various “hot-spots” around the country. These are regions encapsulated by federal jurisdictions in which the DOJ has identified a particularly-high concentration of opioid fraud and abuse. As the Opioid Fraud and Abuse Detection Unit is currently in a “pilot” phase, if the program proves successful, providers in other regions of the country may soon see an increased federal law enforcement presence as well.

The 12 hot-spots included in the Opioid Fraud and Abuse Detection Units pilot program are:

The Financial Cost of Prescription Opioid Fraud and Abuse

While highlighting the human toll of opioid fraud and abuse and emphasizing the effects of illegal drugs such as heroin, cocaine, methamphetamine, and fentanyl Attorney General Sessions also identified the financial cost of prescription opioid fraud and abuse as a factor warranting greater government oversight and enforcement. According to his public remarks, “prescription opioid addiction costs our economy some $78 billion a year and other illicit drugs cost us another $193 billion a year. Remember, many of these drugs are paid for by private insurance, Medicaid, Medicare, and the VA.” Prescription opioid medications that may be covered by insurance or federal and state health care benefit programs include:

By identifying physicians and pharmacists as part of the problem, the DOJ has made clear that it believes much of the financial cost of opioid fraud and abuse is attributable to illegal prescription and billing practices by these providers. In other words, while much of the financial cost of the opioid epidemic is attributable to treatment, a significant portion is attributable to health care providers fraudulent claims and other improper practices as well. Focusing on this aspect of the data, it is easy to see why the DOJ believes that the DEA and other agencies need to step up their efforts to investigate providers suspected of opioid prescription drug fraud.

What is Opioid Prescription Drug Fraud?

The federal government’s enhanced focus on the opioid epidemic will also lead to an enhanced focus on physicians, pharmacists, clinics, and other health care providers that prescribe and dispense opioid medications. Therefore, it is imperative for these providers to take appropriate steps to mitigate their risk of being targeted in a DEA investigation. This starts with understanding what constitutes opioid prescription drug fraud. Some of the practices most-commonly targeted in DEA investigations include:

At The Criminal Defense Firm, we bring decades of government and private-sector experience to representing physicians, pharmacists, and other health care providers in federal investigations and prosecutions. Our defense team includes health care fraud defense lawyers and former federal prosecutors who have handled thousands of cases involving allegations of prescription drug fraud, Medicare fraud, and other serious federal offenses. If you need to speak with an attorney about your business or practice, you can call us at (888) 452-2503 or contact us online for a free consultation.

5 Acts that Might Trigger a DEA Investigation Into Your Practice Should You Contact a Lawyer When the DEA Contacts You?