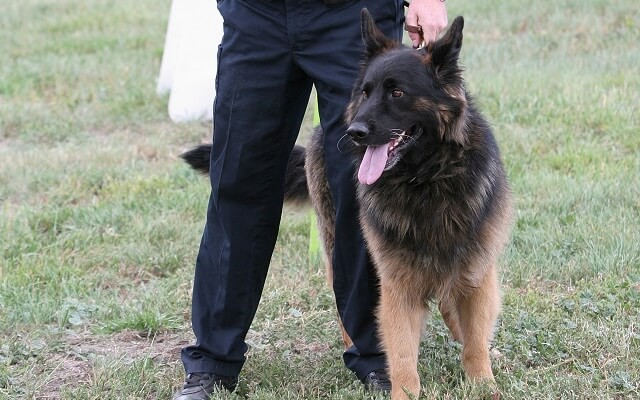 The Supreme Court announced in April that it is unconstitutional for police to delay a traffic stop, without reasonable suspicion, to allow a police K-9 to sniff the vehicle for drugs. In its majority opinion, the Supreme Court found that such an action violated the Constitution’s protection against unreasonable seizures. See, Rodriguez v. United States, 13-9972.

The Fourth Amendment to the U.S. Constitution provides people with the right:

to be secure in their persons, houses, papers, and effects, against unreasonable searches and seizures, shall not be violated, and no Warrants shall issue, but upon probable cause, supported by oath or affirmation, and particularly describing the place to be searched, and the persons or things to be seized.

Any evidence obtained by an unreasonable search or seizure may be withheld from evidence and cannot be used against the person at trial.

In Rodriguez v. United States, a K-9 officer pulled over petitioner Rodriguez for driving on the shoulder of a highway, in violation of Nebraska state law. Officer Struble issued a written traffic violation warning after checking both the driver and passenger driver’s licenses. He then asked if he could walk his K-9 around the vehicle. Rodriguez denied the officer’s request and was then detained until the arrival of another officer.

Officer Struble allowed his K-9 to sniff the vehicle for drugs. Seven to eight minutes after Rodriguez received the written warning, the dog alerted Officer Struble to the presence of drugs. The Officers discovered methamphetamine following a search of the vehicle. Rodriguez was later indicted on federal drug charges.

Rodriguez believed that the search conducted by Officer Struble was without probable cause, or “reasonable suspicion” and therefore was unlawful. On that ground, he moved to suppress the evidence obtained from his vehicle. Both the lower court and the Eighth Circuit held that extending the traffic stop by over six minutes to allow a K-9 to sniff for drugs was only a “de minimise” intrusion on the petitioner’s Fourth Amendment rights, and for that reason, the K-9 drug search was deemed permissible.

On appeal, the Supreme Court determined that it is unlawful to prolong a traffic stop beyond the time reasonably required to issue a ticket for the offense. They further stated that a K-9 drug sniff is not truly considered a part of an officer’s traffic mission, which they stated is to ensure the safe and responsible operation of vehicles on the road.

The government argued that such a de minimis intrusion should be offset by the government’s interest in stopping the flow of illegal drugs. The Court was unconvinced, deciding that a traffic stop prolonged beyond the time required for the officer to finish his traffic violation duties is “unlawful”. Essentially, if the dog sniff adds time to the stop, it is unlawful.

Methamphetamine is a controlled substance under federal law. Federal task forces are increasingly on the lookout for violators of U.S. drug laws. Federal prosecutors aggressively seek harsh punishment for the illegal use, possession, and distribution of controlled substances.

Federal drug charges can include:

Federal drug charges are a serious matter. The standard prison sentence for federal drug crimes ranges from 36 months for marijuana offenses to more than eight years for cocaine trafficking. A third trafficking offense carries a mandatory sentence of life imprisonment and potentially millions of dollars in fines.

The Rodriguez decision demonstrates the importance of hiring an experienced criminal defense attorney. The attorneys at The Criminal Defense Firm, can help you better understand your situation and execute a comprehensive strategy for minimizing the consequences of your arrest. Our firm has two former federal prosecutors in addition to experienced defense counsel. To schedule a free consultation, call 866-603-4540 or contact us online today. Contact Lynette or Nick to get the answers you need.

Steps to Take if You're Accused of Tax Fraud