What are the Penalties for Medicaid Fraud? 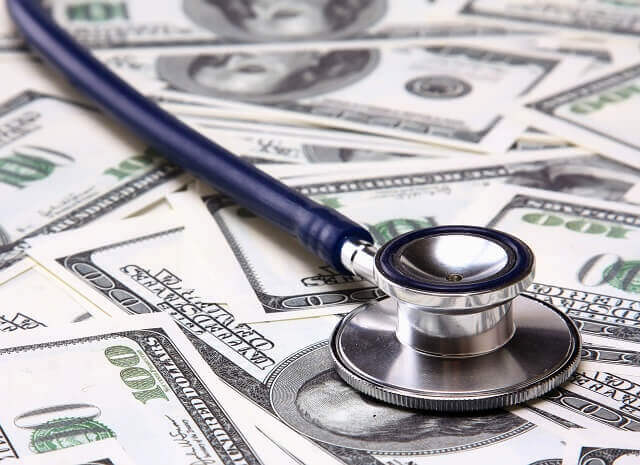 Medicaid is unique among the major government health care benefit programs because it is jointly funded by each state and the federal government. States administer Medicaid locally according to federal requirements, which means that both state and federal laws govern Medicaid providers in all 50 states.

Medicaid fraud is a serious offense at both levels of the government. In broad terms, Medicaid fraud involves any method (either intentional or unintentional) of obtaining funds from Medicaid where the funds are either not properly owed, or the funds are used for an improper purpose (such as payment of referral fees). Medicaid fraud can be charged as a civil violation or as a crime, with potential penalties including program exclusion, fines, recoupments, incarceration, and more.

The False Claims Act, the Anti-Kickback Statute, and the Stark Law are the primary fraud laws that apply to Medicaid providers under the federal health care system. Most states have adopted analogous statutes as well, although specific prohibitions and penalties vary from state to state. Some states, such as Florida, have enacted numerous different statutes that apply to health care providers, with some that apply industry-wide and some that apply only to certain medical facilities and licensed practitioners.

If your medical practice or health care business is being targeted in a Medicaid fraud investigation, understanding what is at stake requires you to know:

(i) whether you are being investigated by state or federal authorities,

(ii) which statute(s) you are alleged to have violated, and

(iii) whether the investigation is civil or criminal in nature.

With this significant caveat, here is a brief introduction to some of the penalties that may apply.

The False Claims Act makes it a federal offense to submit any “false or fraudulent” claim to the government. This includes overbilling Medicaid. There are potential civil and criminal penalties under the False Claims Act.

The federal Anti-Kickback Statute prohibits the offering, solicitation, payment, or receipt of any form of compensation in order to induce or reward referrals for services that Medicaid reimburses. Providers who are charged with violating the Anti-Kickback Statute can face both civil and criminal penalties.

Civil Penalties Under the Anti-Kickback Statute

Criminal Penalties Under the Anti-Kickback Statute

The Stark Law prohibits physicians from making referrals to related entities for “designated health services” that are reimbursed through Medicaid. It also imposes penalties for the entities that receive prohibited referrals. Civil penalties under the Stark Law include:

The penalties for Medicaid fraud under state law vary significantly from one jurisdiction to the next. At the state level, Medicaid fraud cases are investigated and prosecuted by Medicaid Fraud Control Units (MFCUs), Offices of the Attorney General, and various other authorities. Below are the potential penalties in some of the states with the heaviest focus on Medicaid fraud enforcement.

Prosecutors in California have many statutory tools for pursuing criminal charges for Medicaid (Medi-Cal) fraud. Providers that engage in Medi-Cal fraud and assist patients in defrauding Medi-Cal can face penalties including:

In Louisiana, Medicaid fraud can be charged as either a civil or criminal offense. Potential penalties include:

Michigan, similar to California, has several laws that MFCUs and other authorities can use to prosecute cases of Medicaid fraud. Some of these laws include:

In Texas, Medicaid fraud can be charged as a civil violation, a misdemeanor, or a felony offense depending upon the specific circumstances involved. In each type of case, potential penalties include:

Are You Facing a Medicaid Fraud Investigation?

If you are being investigated by an MFCU, the U.S. Department of Justice (DOJ), the Office of Inspector General (OIG) of the U.S. Department of Health and Human Services (DHSS), the Drug Enforcement Administration (DEA), or any other state or federal law enforcement authority, it is important for you to retain experienced, effective legal representation. If you have not yet been charged, you need to do everything in your power to avoid having your investigation lead to civil or criminal prosecution.

At The Criminal Defense Firm, we have decades of experience representing clients in Medicaid fraud investigations, and several of our senior attorneys worked for the DOJ and state prosecutors’ offices before entering private practice. Once you get in touch, we will quickly make contact with the investigating authority in order to intervene in the investigation. As soon as we determine the specific allegations against you, we will then develop and execute a customized defense strategy designed to resolve your investigation without charges and without long-term impact to your business or practice.

Call (888) 452-2503 or contact us online to speak with the Medicaid fraud defense attorneys at The Criminal Defense Firm With offices in California, Louisiana, Michigan, New York, and Texas, we represent health care providers nationwide.

Not all attorneys of The Criminal Defense Firm are licensed in California and nothing contained herein is meant to constitute the unauthorized practice of law.

What Are The Penalties In Sober Living Home And Toxicology Anti-Kickback Investigations? Dallas Hospital Pays $7.5M in Fines After Violating False Claims Act