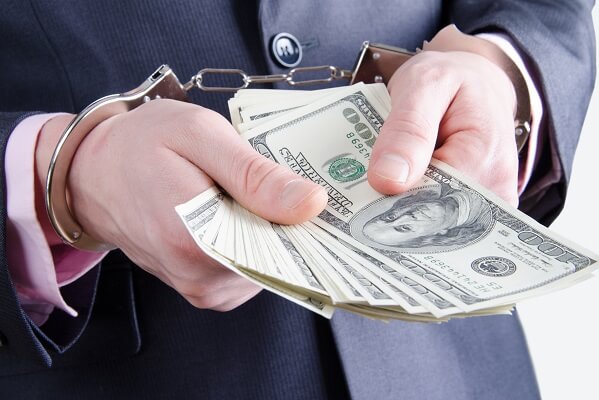 Bribery is a serious federal offense. Individuals charged with bribing public officials can face up to 15 years of federal imprisonment in addition to substantial fines and disqualification from holding public office. However, the federal bribery statute is also extremely broad. And in today’s world of lobbying and currying favor, there is often a fine line between a lawful transaction and a “bribe” that constitutes a federal felony offense.

When targeting corporate executives and other individuals for prosecution under the federal bribery statute, 18 U.S.C. 201, federal prosecutors will often also seek to gather the evidence needed to file charges for conspiracy to commit bribery under 18 U.S.C. 371. The reason for this is simple: It takes far less to prove a conspiracy than it does to prove a bribe. And under 18 U.S.C. 371, individuals can face fines and up to five years of incarceration even if they never offered or paid an unlawful bribe.

In order to understand the offense of conspiracy to commit bribery, it is first necessary to understand what constitutes an unlawful bribe. Under 18 U.S.C. 201(b):

“(A) to influence any official act; or

“(C) to induce such public official or such person who has been selected to be a public official to do or omit to do any act in violation of the lawful duty of such official or person . . . shall be fined under this title or not more than three times the monetary equivalent of the thing of value, whichever is greater, or imprisoned for not more than fifteen years, or both, and may be disqualified from holding any office of honor, trust, or profit under the United States.”

Similar to many other federal criminal statutes (including the federal conspiracy statute discussed below), the federal bribery statute is extremely broad and gives prosecutors with the U.S. Department of Justice (DOJ) substantial leeway to craft charges against individuals under a wide range of circumstances. A bribe can consist of “anything of value,” and paying a bribe triggers criminal culpability if it is intended to “influence” or “induce” improper conduct – regardless of whether or not that improper conduct ever occurs. Furthermore, federal courts across the country have ruled that:

Not only is it not necessary for a bribe to actually influence or induce an official or illegal act; but, in order to face criminal prosecution, it is not even necessary for an individual to actually pay a bribe. Under the federal conspiracy statute, 18 U.S.C. 371:

“If two or more persons conspire . . . to commit [bribery under 18 U.S.C. 201(b)] and one or more of such persons do any act to effect the object of the conspiracy, each shall be fined under this title or imprisoned not more than five years, or both.”

In order to pursue charges for conspiracy to commit bribery under 18 U.S.C. 371, federal prosecutors must prove three elements:

If the government can prove each of these elements using evidence obtained during a bribery investigation, then each member of the conspiracy can face up to five years of federal imprisonment even though no bribe was ever paid. This is true regardless of (i) whether the agreement was express or implied, and (ii) which co-conspirator undertook to complete the “overt act.”

What to Do If You Are Facing a Federal Bribery Investigation

Led by founding attorney, Nick Oberheiden, Ph.D., the federal criminal defense law attorneys at Oberheiden, P.C., provide strategic and effective legal representation for individuals facing bribery and conspiracy investigations. If you would like to discuss your investigation with Dr. Oberheiden in confidence, please call (888) 452-2503 or inquire online to schedule a complimentary initial consultation.

This information has been prepared for informational purposes only and does not constitute legal advice. This information may constitute attorney advertising in some jurisdictions. Merely reading this information does not create an attorney-client relationship. Prior results do not guarantee similar outcomes in the future. Oberheiden, P.C. is a Texas professional corporation with its headquarters in Dallas. Mr. Oberheiden limits his practice to federal law.
18 USC 1341: The U.S. Mail Fraud Statute in Health Care Fraud Cases What Is Conspiracy to Commit Securities Fraud (18 U.S.C. 1348; 18 U.S.C. 371)?