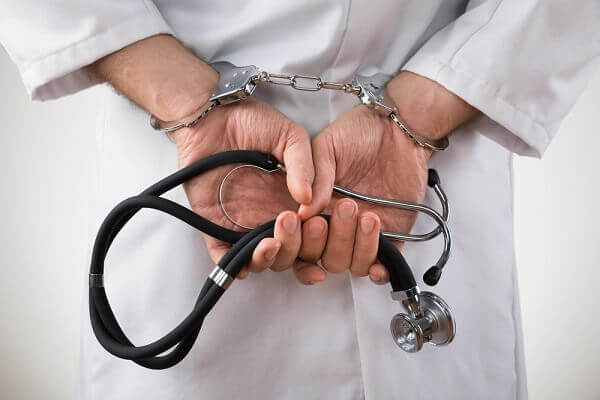 Under federal law, it is illegal to possess, use, or sell another person’s identification documents for an unlawful purpose. This prohibition exists under 18 U.S.C. 1028(a)(7), a provision of one of the primary federal identity theft statutes. Like most other federal criminal statutes, 18 U.S.C. 1028 imposes severe penalties, including substantial fines and anywhere from 5 to 30 years of federal imprisonment.

If you are being investigated for identify theft under 18 U.S.C. 1028(a)(7), this necessarily means that you are under investigation for another criminal offense as well. This is because 18 U.S.C. 1028(a)(7) prohibits the possession, use, or transfer of another person’s means of identification:

Federal prosecutors with the U.S. Department of Justice (DOJ) and other federal law enforcement agencies will frequently pursue charges under 18 U.S.C. 1028(a)(7) in connection with alleged crimes such as:

Are You Being Accused of Taking Part in a Conspiracy to Use Identification Information?

While 18 U.S.C. 1028(a)(7) does not require successful commission of a crime (other than identity theft) in order to trigger federal prosecution (see above using another person’s means of identification with the “intent to commit” a crime is sufficient to constitute a violation of the statute), there is another statute that imposes fines and imprisonment for individuals who do not even go through with unlawfully obtaining another person’s identification information. This is the federal conspiracy statute, 18 U.S.C. 371.

“If two or more persons conspire either to commit any offense against the United States, or to defraud the United States, or any agency thereof in any manner or for any purpose, and one or more of such persons do any act to effect the object of the conspiracy, each shall be fined under this title or imprisoned not more than five years, or both.”

This means that an individual can be charged with “conspiracy to use identification information” if:

Defending Yourself against Allegations of Conspiracy to Use Identification Information

Let’s say that you are under investigation for violating 18 U.S.C. 1028(a)(7), but federal investigators are unable to dig up enough evidence to charge you with identity theft. While this should be good news, it would not necessarily mean that you were in the clear. Why? Due to the extremely broad language of 18 U.S.C. 371, there is still a strong chance that federal prosecutors could seek to charge you with conspiracy to use identification information.

As a result, when defending yourself in an investigation under 18 U.S.C. 1028(a)(7), it is also important to be cognizant of the risk of prosecution under 18 U.S.C. 371. This means that you must tailor your defense strategy not only to challenging the government’s evidence of identity theft but also to challenging the government’s evidence that you conspired to commit a federal offense. With these considerations in mind, potential defense strategies in federal identity theft investigations include:

1. Prompt and Aggressive Intervention during the Investigation

Regardless of the nature of the government’s investigation and regardless of whether you are being targeted by the DOJ, Drug Enforcement Administration (DEA), Federal Bureau of Investigation (FBI), Office of Inspector General (OIG), or any other federal agency, the best way to protect yourself is to promptly and aggressively intervene in the government’s investigation. While being charged does not necessarily mean that you will be convicted (and we have successfully defended numerous clients in federal court), facing charges is a significant development that will drastically impact the posture of your case. But, by intervening and challenging the government’s evidence and assumptions, it will often be possible to resolve an investigation without charges being filed.

2. Challenging Evidence of an Agreement and/or Intent

Two of the key elements of a conspiracy charge under 18 U.S.C. 371 are agreement and intent. The intent is also a key element of identity theft under 18 U.S.C. 2018(a)(7). Unless the government has obtained emails, texts, or recorded phone calls in which you agreed to commit identity theft, federal agents and prosecutors will be relying on the existence of an implied or implicit agreement to prove that you were a co-conspirator. By the very nature of an implied or implicit agreement, the evidence is difficult to come by. And challenging this element of the government’s case may be enough to close your investigation.

The same is generally true with regard to evidence of intent. The intent is a state of mind. And in the absence of a written admission or confession, is a matter of subjectivity. If you can raise enough doubt about your intent such that the prosecutors handling your case do not believe they will be able to win your case at trial, then you do not deserve to be charged.

While federal agents and prosecutors have a variety of tools at their disposal, their investigative powers are not absolute. If any employee of the federal government has violated your Constitutional rights (e.g., by performing an unlawful search or seizure), our attorneys may be able to use this to prevent your case from going to court.

Discuss Your Investigation with a Seasoned Federal Defense Attorney

Are you under investigation by the DOJ, DEA, FBI, or OIG? If so, you need to seek legal representation immediately. To discuss your situation with an experienced federal defense attorney at The Criminal Defense Firm, call (888) 452-2503 or request a free case assessment online now.

This information has been prepared for informational purposes only and does not constitute legal advice. This information may constitute attorney advertising in some jurisdictions. Merely reading this information does not create an attorney-client relationship. Prior results do not guarantee similar outcomes in the future. The Criminal Defense Firm is a Texas professional corporation with its headquarters in Dallas. Mr. Oberheiden limits his practice to federal law.