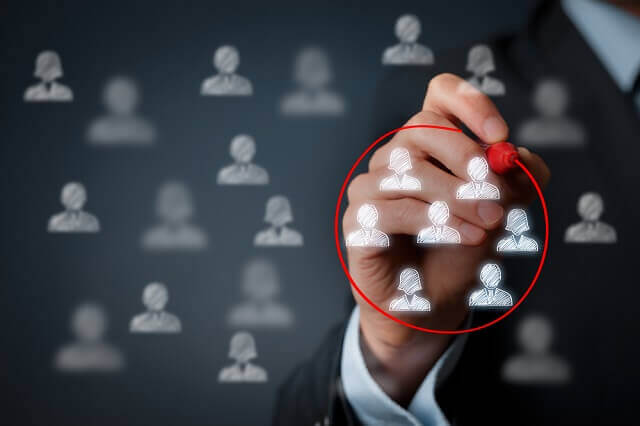 Receiving a federal target letter or subpoena is not a matter to be taken lightly. Federal investigations can lead to civil or criminal penalties; and, if publicized, they can cause significant reputational harm and loss of goodwill.

While there are several steps companies and individuals need to take when responding to federal investigations, there are also several mistakes they need to avoid. With this in mind, here is an overview of what NOT to do after receiving a federal target letter or subpoena from the Federal Bureau of Investigation (FBI) or U.S. Department of Justice (DOJ):

1. Ignore the Target Letter or Subpoena

Under no circumstances should you simply ignore a federal target letter or subpoena. You need to respond, and you need to do so strategically and carefully with due consideration for the risks involved. If you ignore the FBI’s or DOJ’s investigation, you can significantly increase your risk of prosecution, and you will miss opportunities to resolve the investigation without charges being filed.

2. Assume the Investigation Will “Go Away”

Just as you should not ignore a federal target letter or subpoena, you also should not assume that the investigation will simply “go away.” By the time federal agents or prosecutors decide to issue a target letter or subpoena, they have already invested substantial resources in the investigation, and at this point they are prepared to see it through to its conclusion.

3. Cooperate Without Understanding the Risks

While you cannot afford to ignore a federal target letter or subpoena, you also cannot afford to cooperate without understanding the risks involved. While cooperating to an extent can often be beneficial, sharing too much information unnecessarily could result in unnecessary risk exposure.

On the other end of the spectrum, rather than being overly cooperative, some target letter and subpoena recipients choose to put up a brick wall. They don’t say anything, and they don’t cooperate in any manner whatsoever. While this approach might make sense in some circumstances, more often than not it only serves to raise additional questions that federal agents and prosecutors will subsequently seek to answer.

5. Start “Defending” Without Understanding the Allegations

7. Talk to Colleagues or Family About the Investigation

8. Fail to Implement a Legal Hold

In order to respond to the target letter or subpoena in compliance with federal law, you will need to implement a legal hold. This involves taking the steps necessary to ensure that no relevant hardcopy or electronic files get destroyed. The obligation to implement a legal hold applies to files on your company’s premises as well as those in the custody of third parties.

Destroying or modifying relevant documents is a clear red flag for FBI and DOJ agents. Rather than taking these steps (which in themselves can constitute a federal crime), you should consult with your legal counsel regarding what you can do to protect any potentially-damaging documents against disclosure.

10. Communicate Internally about the Investigation Via Email or Text

In order to avoid creating more discoverable records, you should generally avoid communicating internally about the investigation via email or text. This does not apply to communications involving your legal counsel, as these should fall under the protection of the attorney-client privilege.

Target letters and subpoenas can also establish varying obligations. For example, are you required to produce documents, provide testimony, or both. When faced with a federal target letter or subpoena, you need to ensure that you have an accurate understanding of your obligations so that you can meet them without also unnecessarily sharing additional information with the FBI or DOJ.

13. Fail to Understand Your Risks

Federal investigations can carry serious risks—including the risk of civil or criminal prosecution in federal district court. As you work to respond to your target letter or subpoena and structure your defense, you need to do so with a clear understanding of the potential risks involved.

14. Assume the Investigation Will Lead to Charges

While it is important to understand the risks of facing a federal investigation, it is also important not to assume that the investigation will lead to charges. In many cases, it is possible to favorably resolve an FBI or DOJ investigation before charges get filed. At Oberheiden, P.C., we have resolved the substantial majority of our clients’ FBI and DOJ matters at the investigative stage.

There are several potential ways to resolve an FBI or DOJ investigation without charges being filed. While negotiating a civil settlement or plea deal is one option, this is far from the only option that is on the table. In fact, depending on the circumstances involved, you could be in a position to terminate the investigation without any civil or criminal liability.

During a federal investigation, you are entitled to assert both the attorney-client privilege and the privilege against self-incrimination. It is extremely important that you do so—and that you do so effectively. If you fail to effectively and consistently assert either privilege, then the privilege could be deemed waived, and you could be forced to hand over information that is detrimental to your defense.

Asserting your privileges may involve withholding or redacting documents that are responsive to your federal target letter or subpoena. While this is permissible, you must be careful not to withhold documents that are not subject to protection. This, too, can lead to a finding of contempt, and it can increase the challenges and stakes involved in your FBI or DOJ investigation significantly.

Making false statements to federal agents is another serious mistake with criminal implications. Not only is the FBI or DOJ very likely to discover that you have made false or misleading representations; but, when it does so, there is also a good chance that you could face charges under 18 U.S.C. Section 1001.

19. Put Yourself in a Precarious Position

As the target of an FBI or DOJ investigation, you need to do everything you can to put yourself in the best possible position to achieve a favorable resolution. This means that you must avoid doing anything that could put you in peril. Along with ignoring the investigation, destroying documents, making false statements, and the other mistakes discussed above, this also means making uninformed decisions without the benefit of experienced legal representation.

Given the risks involved in facing an FBI or DOJ investigation, and given the challenges involved in presenting an effective defense, it is important that you engage experienced federal defense counsel immediately. Your defense counsel will need to engage with the FBI or DOJ as soon as possible in order to identify the specific allegations at issue and begin building a targeted defense strategy.

Speak with a Former DOJ Prosecutor or FBI Special Agent at Oberheiden P.C.

Have you received a target letter or subpoena from the FBI or DOJ? If so, our federal defense lawyers and consultants can help, but it is important that you contact us promptly. To speak with a former DOJ prosecutor or FBI special agent at Oberheiden P.C. in confidence, call 214-251-4238 or contact us online now.